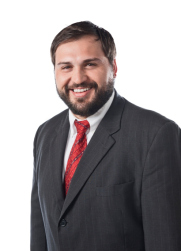 Last week, I addressed what happens during the preliminary stages of court proceedings. If you missed it, all articles appearing in this column can be found below.

If the crime in question is a felony and no plea has been entered during the preliminary process, then the case will proceed to trial. This can be the most important time for defendants because it is when they are able to formulate a defense. Under our justice system, those accused of a crime are presumed innocent until proven guilty. This presumption is only overcome when the state (or federal government for federal crimes) proves guilt beyond a reasonable doubt. That standard is the highest standard of proof in the entire legal system. In civil court, claimants must often prove their case by preponderance of the evidence (more likely than not), clear and convincing evidence, or substantial evidence. The criminal standard of proof is much higher than any of these civil standards.

Defendants are also provided constitutional protections, such as the right against self-incrimination and the right to confront witnesses against them. Defense counsel is also supposed to have access to all evidence that the state possesses, especially if that evidence would help to prove the defendant’s innocence. Eventually the case will go to trial, but before that, the defendant will have an opportunity to ask the court to exclude evidence based on either constitutional protections or the rules of evidence. Under Alabama law, it is not possible for the defendant to make a pretrial motion to dismiss a criminal case. Even if the evidence to be presented is minimal, the defendant may not ask the court to dismiss the case until the state has presented its case. Because of this, it is very important to have proper legal representation in the period leading up to trial. To do otherwise, may put you in jeopardy of losing your most valuable asset — your freedom.

Next week’s article will address what happens during the post-trial process.

DISCLAIMER:
The following language is required pursuant to Rule 7.2, Alabama Rules of Professional Conduct. No representation is made that the quality of legal services to be performed is greater than the quality of legal services performed by other lawyers. This web site is designed for general information purposes only. The material contained in this web site does not constitute legal advice, and is not guaranteed to be correct, complete, comprehensive or current. You should not act or rely on any information contained on this site without first seeking the advice of an attorney. The information presented on this site should not be construed to be formal legal advice, nor the formation of a lawyer/client relationship. The only way to become a client of the firm is through a mutual agreement in writing. Any e-mail or other communication sent to the firm or any of its lawyers through this website will not create a lawyer/client relationship and will not be treated as confidential.